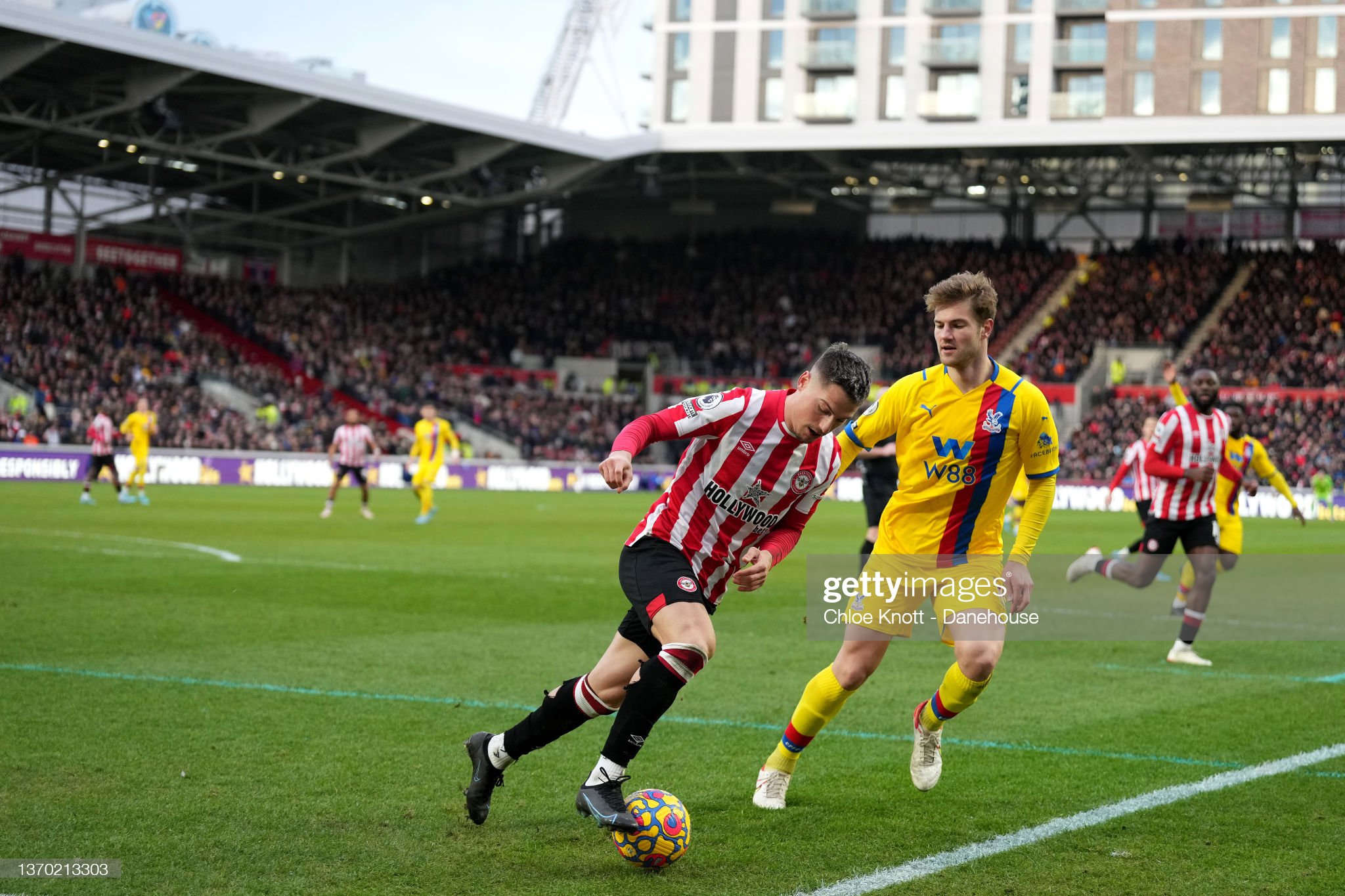 Crystal Palace faced Brentford in West London on Saturday afternoon and neither side could find a goal as it was another draw for the Eagles and a clean sheet for both sides.

Ivan Toney was still out for the Bees, but Wissa and Mbeumo both made comebacks. Mateta was replaced in the Eagles’ starting lineup by Edouard as well as Ayew replaced Olise on the right-wing. These were the only two changes from the match against Norwich so Zaha started again down the left-hand side.

Christian Eriksen appeared before the match, but due to his lack of match fitness, it was only a round of applause at the Brentford Community Stadium this time. Every football fan in the country and the world is looking forward to seeing him back in action in the Premier League.

Neither team looked the superior side in the first 25 minutes as the first shot that one of the keepers had to save when Mbeumo had his shot saved by Guaita. Just minutes before this attempt, Brentford had a penalty appeal denied as Guehi’s handball was forced due to a push in the back from the opposing team. VAR had a look and decided that it wasn’t a penalty.

Up the other end of the pitch, Edouard played in Jordan Ayew who didn’t manage to prepare himself well for the shot and piled it wide. He should’ve got it on target and really should’ve been a goal.

The game got even more scrappy in the last 20 minutes of the first half with silly fouls from Canos and Zaha. The Brentford player even picked up the only yellow card of the game. Canos threw himself at a cross but couldn’t get the ball on target, he was one of Brentford’s liveliest players.

Brentford made the first change of the match in the 61st minute with Janelt off for Dasilva. Just five minutes after McArthur made his first appearance since coming back from injury and Hughes made way for him.

Brentford looked like the better side in the second half with patient build-up play and a few chances. A corner for them ended with Jansson forcing a save from Guaita. Mateta came on for Edouard in the 72nd minute.

Palace had a penalty appeal when Rico Henry seemed to bring down Zaha in the area. There looked like a slight push and his hands round Zaha’s waist, the VAR check agreed with the referee’s on-field decision.

The Eagles looked the better side in the last 10 minutes and Andersen even had a late chance which was easily saved. The keeper collected the ball before Mateta could get an effort on goal.

The result for Brentford was vital as they hadn’t picked up any points for a long time. Overall, the game was scrappy and a draw was a fair result for both sides.

It feels like Vieira doesn’t know his best side at the minute with players like Ayew returning which meant Olise missed out on a start. Also, he hasn’t decided which striker is number one at the moment is it Mateta, Edouard, or Benteke. The fact that Benteke hasn’t started any of the last two matches makes us think he’s already out of the running and Vieira prefers to give game time to the younger players.