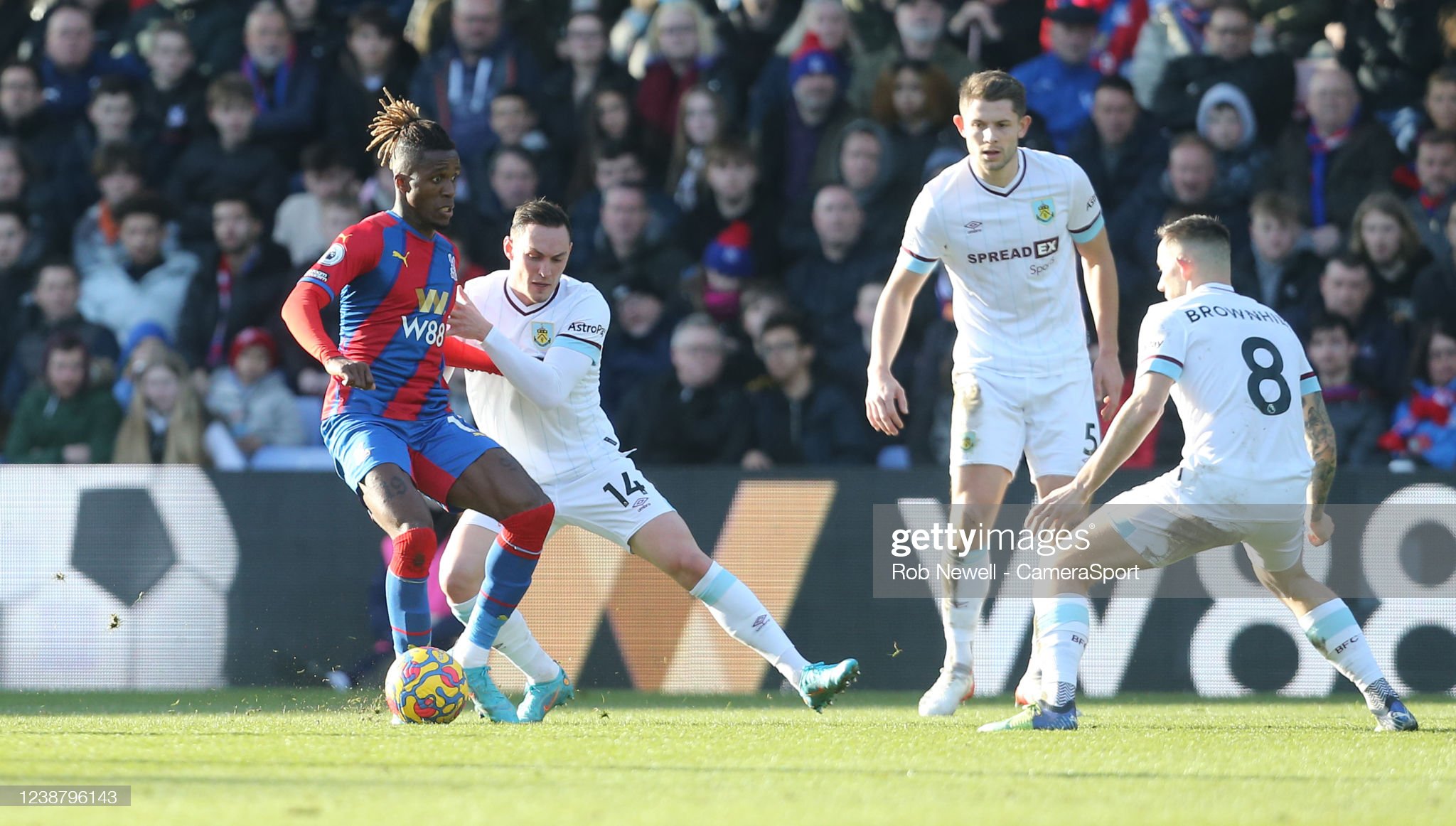 Crystal Palace were held to a draw after going one up in the opening 10 minutes. Jeffrey Schlupp converted after Olise delivered a cross with his weaker foot, but the one goal wasn’t enough. Burnley looked like a different team in the second half and managed to get the equaliser through a Milivojevic own goal.

Patrick Vieira made three changes from the match with Watford in the week with Milivojevic, Schlupp, and McArthur all starting this time out. Zaha lead the line with Olise on the right, Schlupp on the left, and Gallagher in a centre attacking midfield role. Joel Ward remained sidelined due to injury so Clyne started again at right-back.

Palace had looked like the dominant side in the first half, but Burnley who are always a tough opponent didn’t allow that to happen in the second half. Keep reading to see the key events of the match.