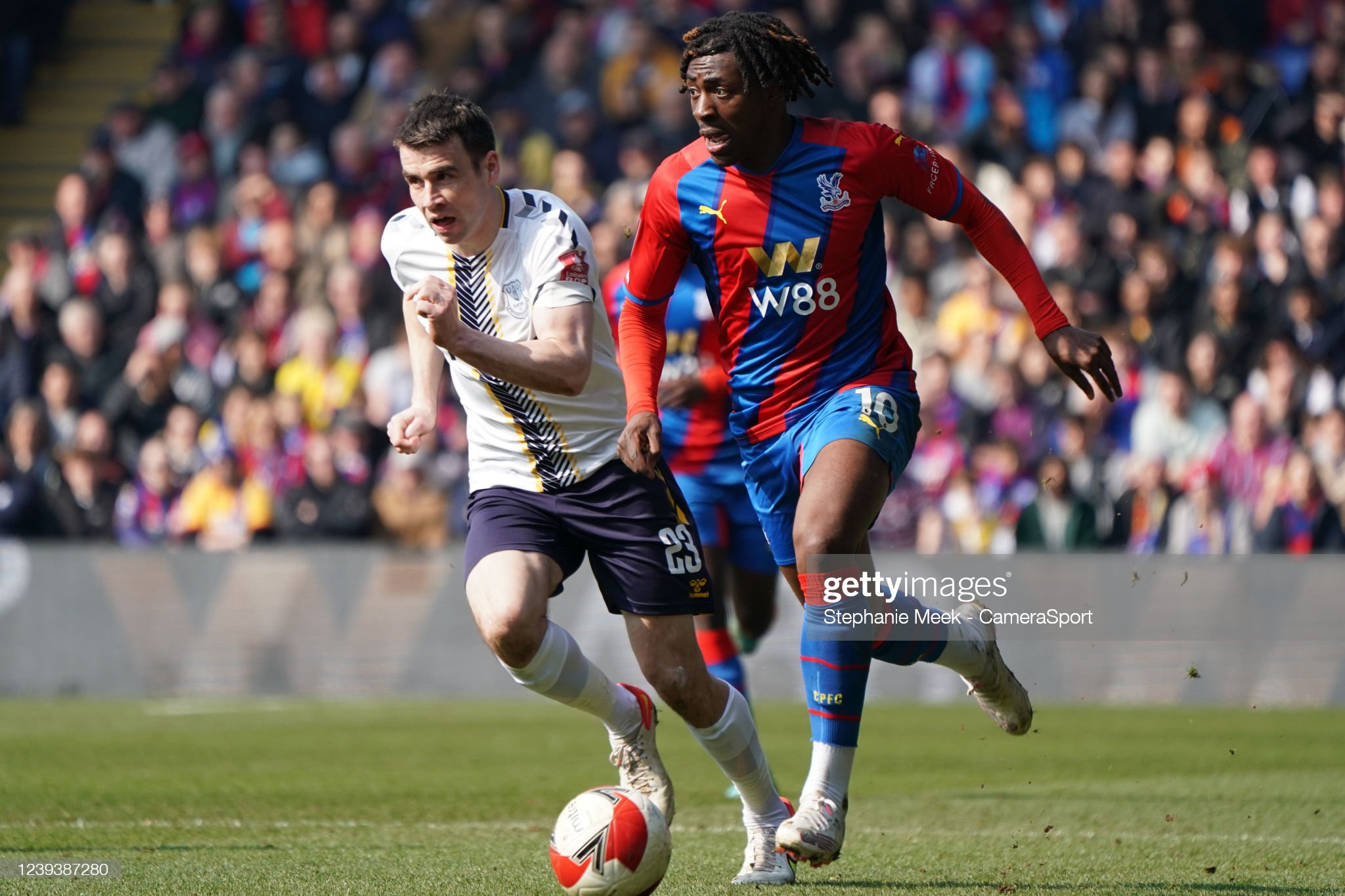 Crystal Palace and Everton faced off in one of the four FA Cup quarter-final matches this weekend. It was The Eagles who came out on top netting four and keeping an important clean sheet.

Everton started the match strongly with a high press and now allowing Palace out of their own half. Vieira wants his team to be comfortable playing out from the back and the pressure from Everton was causing mistakes from the Palace players. Former Palace player Andros Townsend, unfortunately, went off injured in the 12th minute and the break helped the home side regroup.

Palace’s first goal helped them to then control the match too after the first 20 minutes being all Everton. From then, Palace looked more comfortable and the goals kept coming right up until the end of the match.

Here are the key points of the Crystal Palace and Everton FA Cup quarter-final.