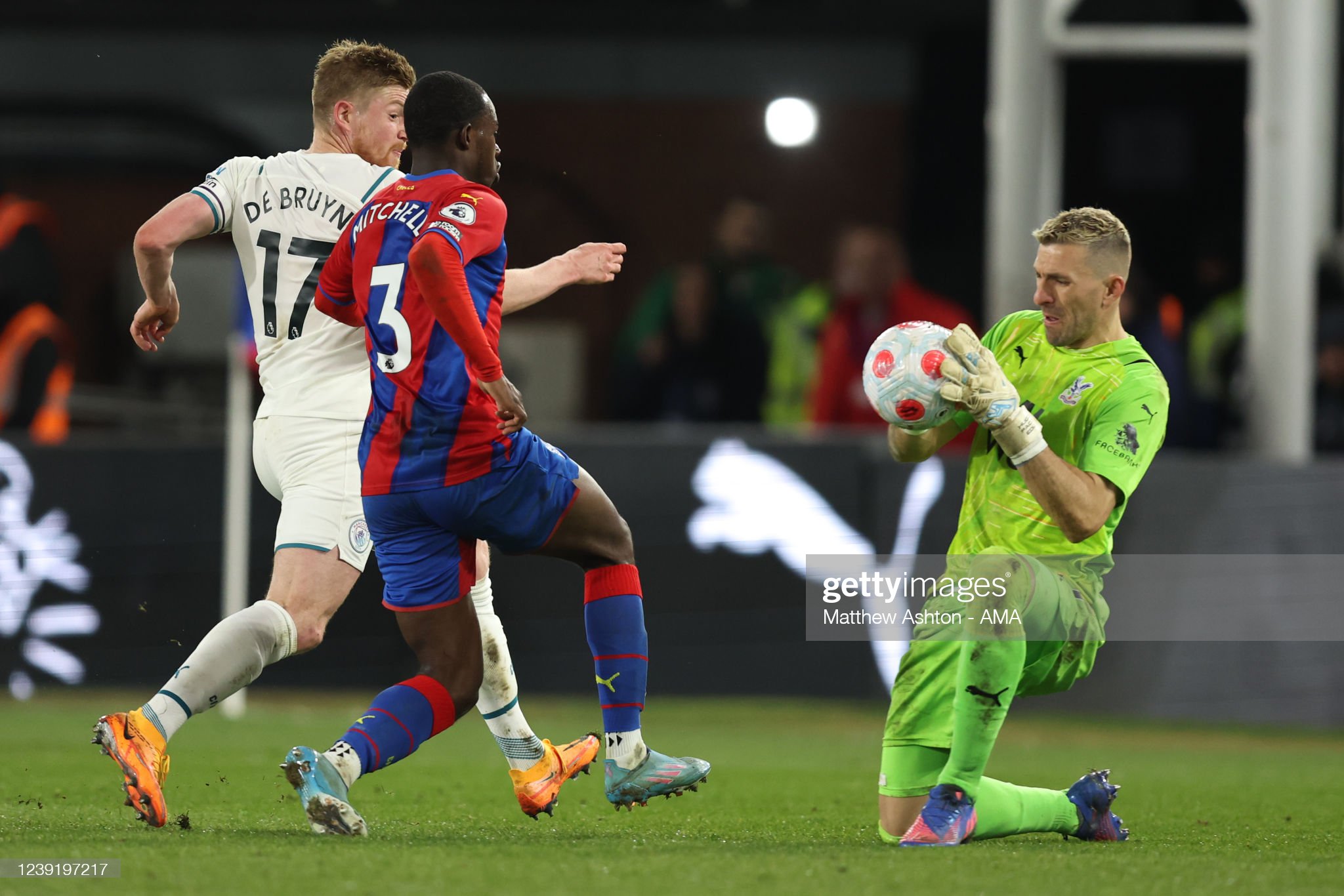 Palace put up a strong performance against the league leaders and managed to get a point in a 0-0 draw. You can read our match report here, or else keep reading for the Crystal Palace player ratings against Manchester City.

Guaita made a few vital saves, his fast reaction to deny Mahrez kept City from scoring. With the constant pressure from Guardiola’s side, he managed the game well and played out from the back when he had the chance.

Clyne managed to deal well with Grealish down Palace’s right side throughout the match and Cancelo didn’t have the freedom to overlap either.

Andersen has been key for Palace’s defence all season and it was no different in this match. He managed to get involved in the attack with a couple of crosses whilst still making sure his role at centre-back was secure.

Marc Guehi captained the side again and he managed to deal with City’s early balls into the box. For a 21-year old he’s looking like he’ll be around for a long time at the top level.

Crystal Palace fans’ man of the match, Mitchell defended well against Mahrez and managed to go forward on occasions with support from Zaha. He didn’t get much chance to show his attacking qualities though.

Kouyate excelled in the second half of the match, even going close at the start of it with a headed effort. He pressured City’s attack and midfield and picked up tactical fouls when he could.

Although it appeared he wasn’t that involved, he put in a lot of running in the middle of the park to help the team.

Gallagher was another that didn’t stop running and applying pressure to the City players. Even in the 91st minute, he was there chasing down Stones to win the ball and have an effort of goal. His work rate is up there with the best in the league.

Olise had a good early chance for the Eagles but he should’ve done better and at least got it on target to trouble Ederson. Other than that he didn’t manage to show his usual flair as Man City had the majority of possession.

Zaha did well in his more defensive role as was expected against this City side. He also kept the pressure on their defence though especially up against Kyle Walker. His harrying led to Olise’s early chance.

He held the ball up well when he got it into his feet and cause the City defence trouble with runs in behind. Couldn’t manage any decent chances on goal, but once again we saw his unselfish work as a player finding Olise with that early chance.

Worked hard for the team as he always does when he came on. Managed to cause City problems on the counter-attack and played his role in defending when backs were against the wall.

Should have done better with his chance on goal, but without playing regularly he’s clearly lacking some match confidence.

Gallagher and Guehi Get England Call-up