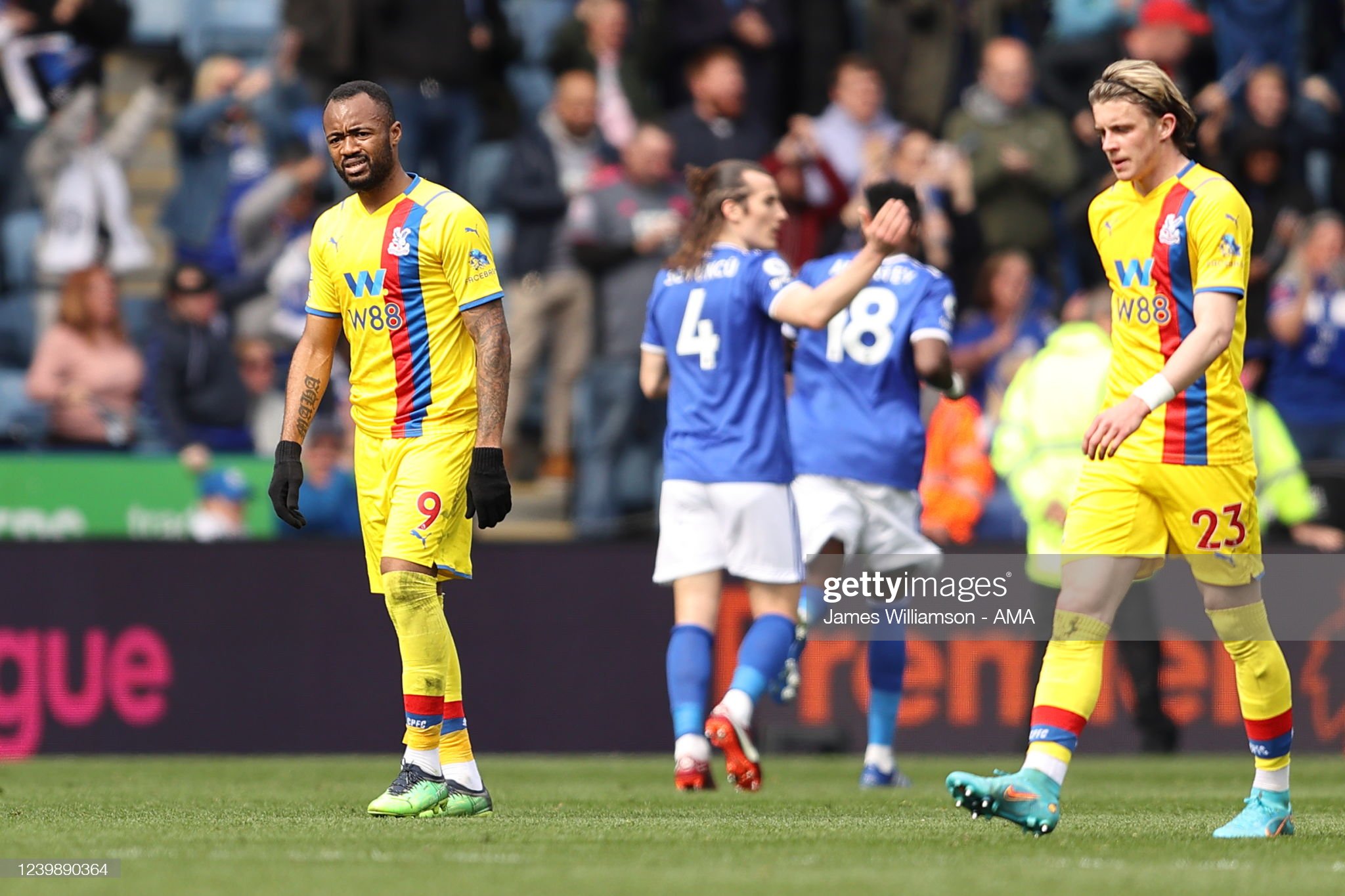 Both first-half goals were finished impeccably not giving Guaita a chance to save them. He also didn’t have a great deal to do in the whole game. He didn’t look calm with the ball at his feet, but the way Leicester pressed you can see why.

Clyne was up against Dewsbury-Hall who was in great form, but we’d say that Clyne was the best out of the back four in the game.

After an exceptional performance against Arsenal, Andersen was brought back down to earth versus Leicester. His passing accuracy was poor and he should’ve found the target with his headed effort from Gallagher’s corner.

Guehi’s slip led to the second goal even though Dewsbury-Hall still had a lot to do. His passing wasn’t as good as normal due to the high press from Leicester. He still showed his calm play when turning an attacker in his own area.

Mitchell looked his usual solid self at left-back even with the high press from the home team. After needing medical treatment and then picking up an unjust yellow card straight after, Vieira replaced him for Joel Ward. Didn’t look like an injury more of a tactical change with the fa cup semi-final coming up next weekend.

Kouyate should’ve got tighter to Dewsbury-Hall to block the shot that led to the second goal. He looked leggy which is unlike him and this is why Vieira brought on McArthur for him in the 57th minute. He’s had a busy season with Palace and won the Africa Cup of Nations with Senegal.

Sometimes held on to the ball for too long and didn’t drive on as much as he usually does when he’s in a more attacking position. This was partly down to the fact Leicester were on the front foot more.

Ayew showed some signs of quality taking on players on the right-wing and winning the penalty. But, after his performance against Arsenal, we expected more from him in this game.

Gallagher was playing almost directly behind Mateta and pressing the Leicester defence when he got the chance. He didn’t look like his usual self though and this could be due to knowing that he won’t be playing in the FA Cup semi-final against his parent club, Chelsea.

It was unlike Zaha to miss two penalties but he showed resilience by getting the goal on the rebound of the retake. He had to defend more than attack due to Leicester’s high press.

Mateta had a couple of efforts but he found it hard with Leicester being in control for most of the game. He should’ve gone to meet a cross from Ayew at the front post rather than letting it come to him allowing the keeper to collect it.

Came on at left-back for Mitchell and was quickly involved with a couple of fouls on Leicester players. Can tell that he’s lacking game time as he was out of position often and in general didn’t look comfortable against Leicester’s attack.

The introduction of McArthur helped to change the pace of the game in Palace’s favour. The captain put in a solid performance and we wouldn’t be surprised if we saw him start on Sunday against Chelsea.

Eze came on at the same time as McArthur and immediately made an impact going forward. With Gallagher ineligible for Sunday, he clearly wanted to prove his worth and did well in the 30+ minutes he played.