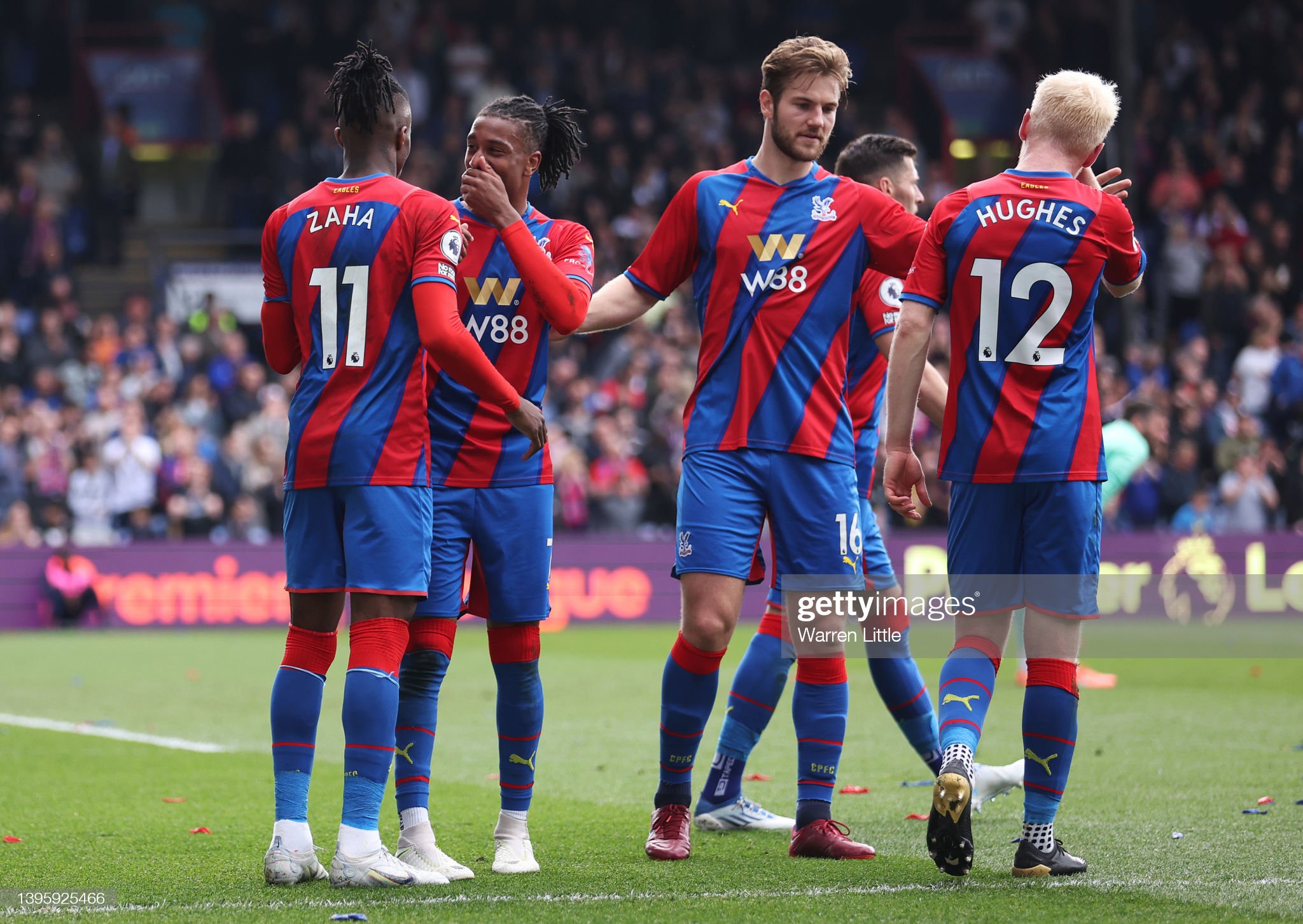 Filled in Guaita and was never really challenged. A couple of situations where he didn’t seem 100% confident with the ball and went for the big kick, but this is probably down to his lack of game time.

Never looked troubled down his side and got forward with Olise when he had the chance to. He’s looked better as the season has gone on and we think Palace will be renewing his contract as he’s one of the players out of contract at the end of June.

Andersen was his cool calm self when under pressure, although it didn’t happen often. He tried some of his killer passes from the back to break Watford’s defensive lines, but none come off in this game.

Could’ve had a goal had he converted the two headed efforts he had. Always looked comfortable, but unfortunately, he went off injured in the 71st minute. Hopefully nothing serious as he’s been a rock along with Andersen at the back this season.

Had to go to centre back when Guehi went off and could see that he doesn’t have the same passing quality as Andersen and Guehi. Still, he worked hard for the team as he always does.

His first start in a while and looked hungry to get involved. He was always committing himself to go in for 50/50 challenges which was great to see. He’ll be wanting to get more game time in the final 3 matches.

Played more defensively as Eze was behind the striker in this game which seemed like he wasn’t as involved as he usually is when chasing down everything. Still saw his signs of quality and determination though.

Looked lively on the right and had great footwork even when under pressure. His crossing was on top form with his left foot and on another day he would’ve had a couple of assists had Palace’s headed efforts gone in. Made a couple of poor decisions when he had the chance to shoot himself, but this is something he’ll work on.

Eze played behind the striker and looked more comfortable here than when he’s on the left of the middle three. The fact that he got his first goal in 11 months last weekend clearly helped give him a needed confidence boost. We’re looking forward to seeing what he can offer for the rest of the season and the next one.

Stepped up and scored the penalty with ease, clearly full of confidence after his late goal last weekend. It was also great to see his trickery when taking on the Watford defence, easily drawing fouls, showing why he’s the most fouled player in the Premier League.

Clear that he wanted to get as involved as possible which was good to see. He had a great effort that hit the post after going through Foster’s legs and also showed signs of brilliance with great footwork and amazing turns to get away past defenders. He couldn’t get on the scoresheet though which is what all strikers want. But at least by getting a full 90 minutes he would’ve got a taste for playing again.