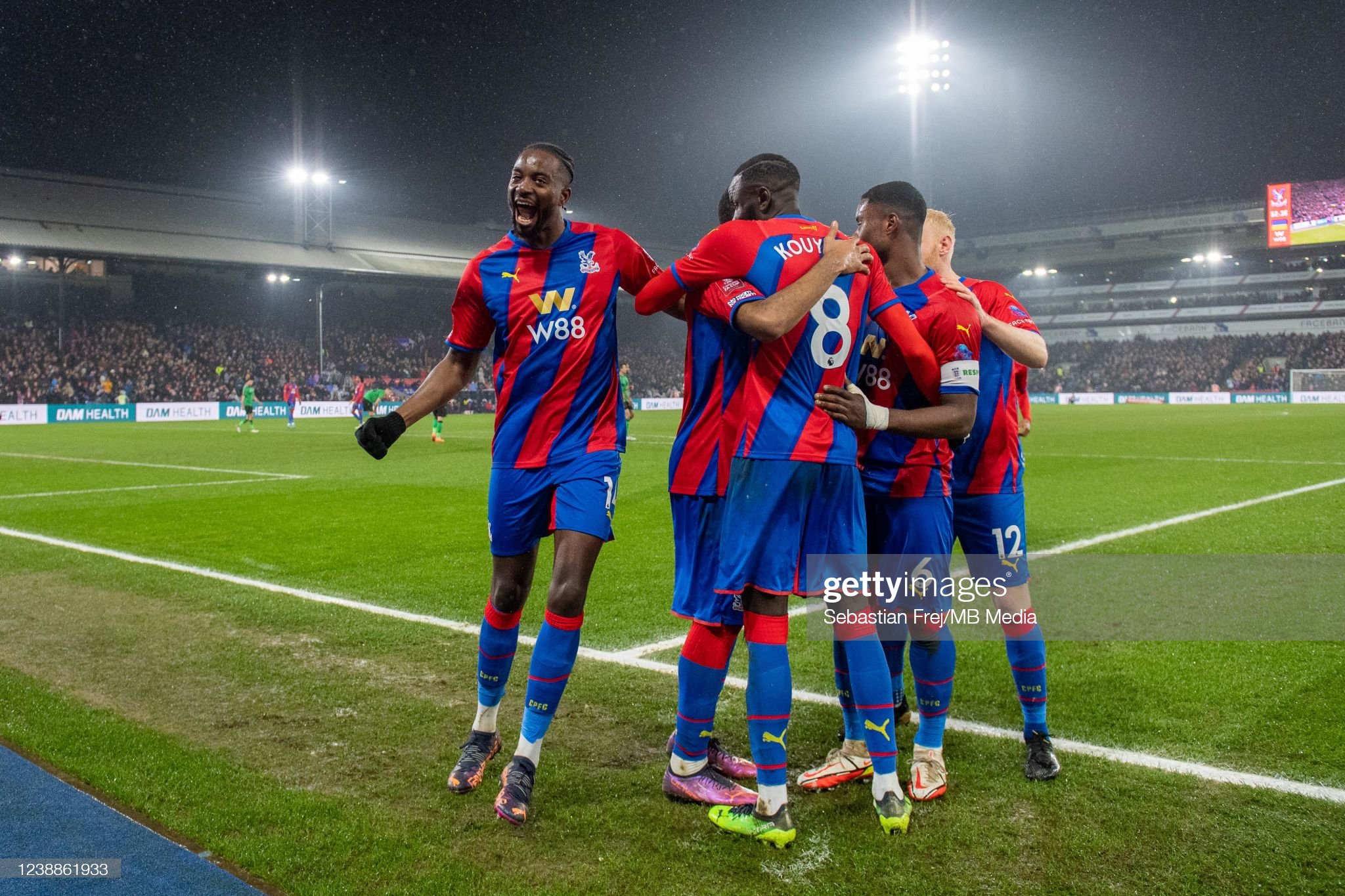 Crystal Palace faced Stoke City in the 5th round of the FA Cup on Tuesday night. Whilst they managed to beat The Potters 2-1, it was a scrappy game that felt like it could’ve gone either way.

Tayo Adamerola made his first senior appearance for Crystal Palace as he replaced Tyrick Mitchell at left-back. Whilst Mitchell wasn’t included in the match squad, he wasn’t added to the injury list. Other than that, the back four was unchanged since the match with Burnley. Vieira did make more changes elsewhere, starting Mateta, Ayew, Kouyate, and Will Hughes.

Whilst Vieira was pleased to get through to the Quarter Finals of the FA Cup, he was critical of the team’s performance. Here’s what he had to say after the match:

“It is a really exciting period. It is one step before Wembley. We are pleased and happy to go to the next round, but I was really disappointed with how we played today.”

“We didn’t use the ball, we didn’t create chances and we didn’t defend well as a team. If we want to go further we will need to play better.”

Below you can find a summary of the match and the player ratings.