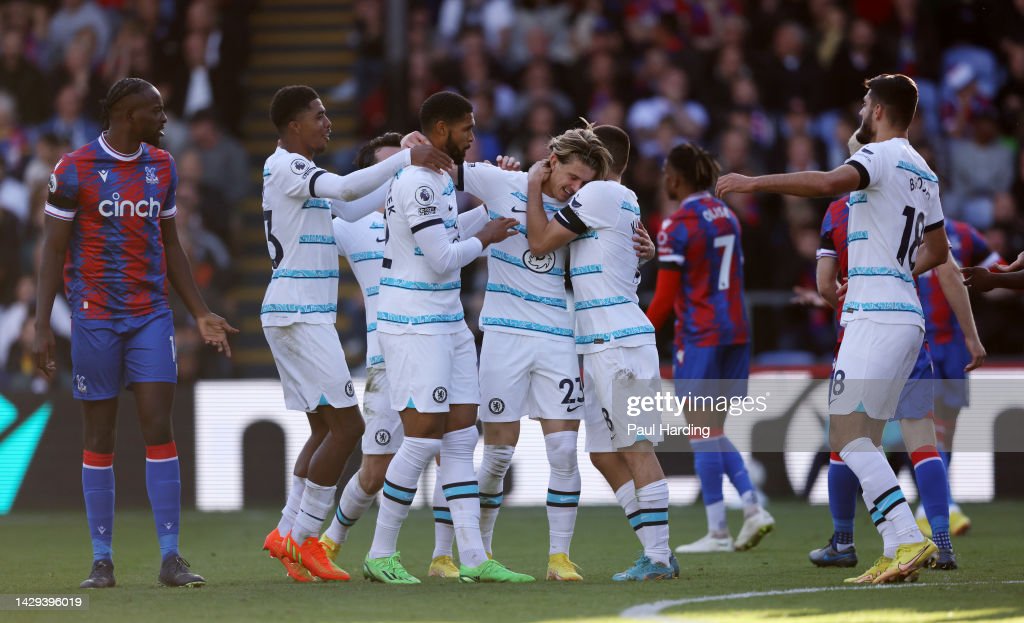 It was Palace’s first game in almost a month after having two of September’s fixtures postponed and then the international break too. Chelsea also had a game postponed, but they did play more recently in the champions league. It was the first Premier League match in charge of Chelsea for former Brighton manager, Graham Potter.

As expected it was a tight match and unfortunately, Chelsea got a last-minute goal through a wonder strike from former Palace loanee Conor Gallagher.

Keep reading to see the key events and you can find the highlights of the match at the end of the article.

It was an unfortunate result for the Eagles as they deserved a draw and had some key decisions not go their way.

One thing that they do need to work on though is the conceding of late goals. Palace struggled with this last season and it looks like this is continuing this season too. The fact that it was former Palace loanee, Gallagher, who scored the winner makes it even more gutting.

Silva shouldn’t have been on the pitch, but he went on to assist in their first goal and play the full 90 minutes.

A tough one for Vieira and his team to take, but they’ll have to focus on another home game next week against Leeds.