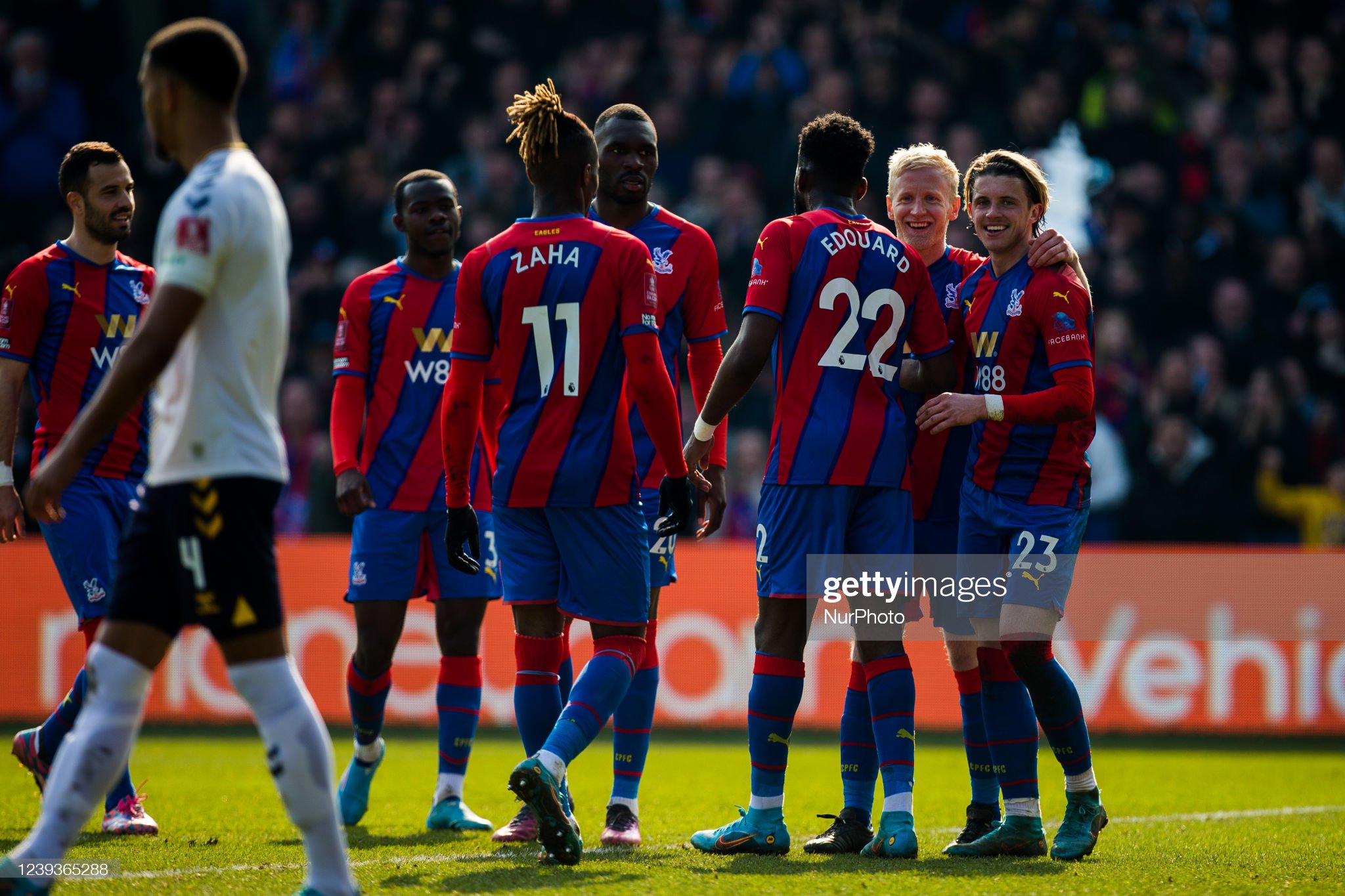 Butland continued in goal for the cup competitions and he did a good job. He dealt with all chances comfortably but was never truly tested by Everton.

Clyne was solid when he was called upon. Most of Everton’s attacks came from the right-hand side so it seemed like Clyne wasn’t that involved, especially in the first half. Though he did what he had to do and has proven a solid replacement whilst Ward has been injured.

Andersen was composed on the ball and made fewer passing errors compared to Guehi. All-round a great performance from the Dane once again.

Guehi started the game getting caught in possession a couple of times with Everton’s high press. He gave the ball away too with some poor passes but made up for this with the opening goal. After the first 20 minutes, he looked more comfortable on the ball and helped Palace to control the game from the back.

Looked uncomfortable under Everton’s early pressure as he gave away a few stray passes. Seemed more comfortable after Townsend went off and Gordon replaced him on the right-wing. Still a good performance for the youngster who keeps improving.

Gallagher took a beating in the match, a boot in the face, and many late challenges, but he didn’t let that dampen his fighting spirit. His work rate was phenomenal as usual and he put in a full 90 minutes.

Early in the game, Kouyate was under a lot of pressure as was the Palace defence. But he grew into the game and helped to control the game once the eagles went a goal up.

Eze replaced Schlupp on the left of the middle three due to him being suspended and for a more attacking player, he still delivered from a defensive point of view. He also got to show how comfortable he is on the ball and there was some great play between him and Zaha down the left-wing.

Took a bit to get into the game but that was the whole Palace team now just him. Still, he ended up assisting from the corner and keeping the ball in beautifully leading up to it. His shooting wasn’t on target at all though and this is something he clearly needs to work on. Still, every week he shows more of what he’s capable of, he even almost scored from a corner.

Another goal in the FA Cup for Mateta put Palace two up and it was well taken first time with his left foot. He showed his strength and how good his hold-up play can be when the ball comes into his feet. He’s definitely going to keep improving with more games.

Zaha looked like a completely different player from last year, chasing down the keeper and last defenders he showed a real hunger. He managed to assist for Mateta’s goal and then scored himself after Olise’s shot rebounded off the post. We were also impressed by his defensive work rate, he looks more like a team player this season.

He got stuck in straight away when he came on with a couple of strong tackles. With 2 goals to the good, his defensive experience was a great benefit to have.

He was involved in the build-up for the third and fourth goals and looked confident even without a lot of game time recently. It was clear that he’s a talented player even in the 20 minutes he had on the pitch.

Got a short run out and was involved in the build-up to the final goal but didn’t have enough time to make a mark on the game.

Didn’t get much game time but he started the move that eventually led to his goal after Gallagher’s shot was saved.

Gallagher and Guehi Get England Call-up