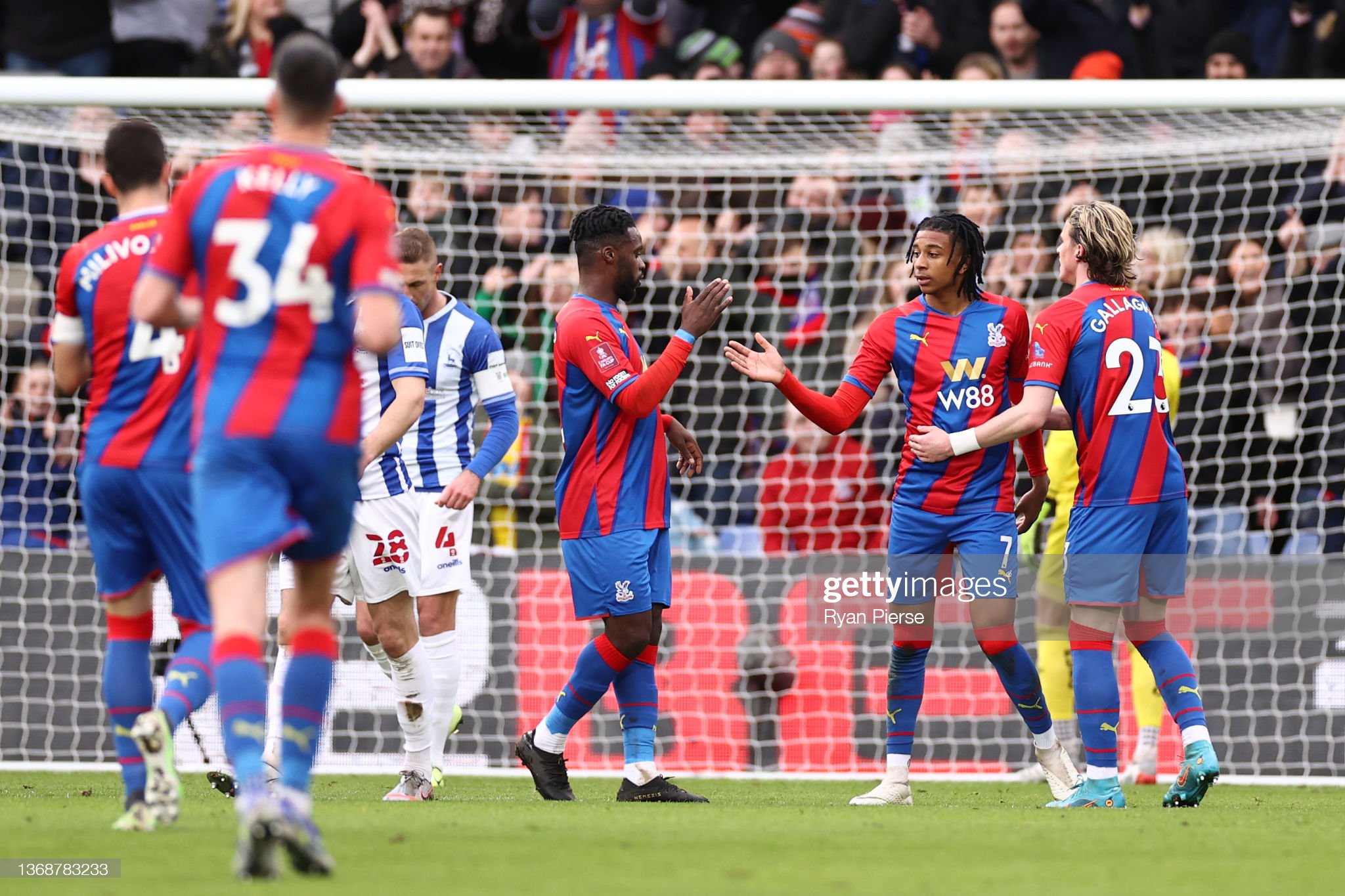 Crystal Palace and Hartlepool United F.C. met in the fourth round FA Cup tie on Saturday 5th February. The capacity at Selhurst Park was full with over 5,000 travelling away fans from the North East including Jeff Stelling who is from Hartlepool.

Mateta made his first start for Palace after signing permanently in the January transfer window. With Zaha only just coming back to training, on either side of him he had Eze and Olise. Milivojevic started in the centre of the park replacing Will Hughes in that role and he had Gallagher and Schlupp alongside. Martin Kelly started at centre-back with Guehi to his left and the normal Ward and Mitchell on right and left-back. Butland remained in goal after the win in the third round of the FA Cup against Millwall.

It took Palace only four minutes to get the first goal and it came after a free-kick was whipped in by Olise for Marc Guehi to get on the end of it and get his third goal of the season. Hartlepool fans can argue that the foul that led to the goal was a soft one.

Hartlepool didn’t let their heads drop after this early goal though. They piled on some pressure and had an effort on goal but it was a comfortable save for Jack Butland.

Olise and Ward down the right flank were fundamental for Palace with many overlap balls leading to crosses into the box.

Then, in the 22nd minute of the match, a poor goal kick from Hartlepool’s keeper allowed Gallagher to knock the ball to Olise who then had one man to beat before slotting it down the keepers near side.

At two goals up Palace remained calm and kept a strong formation so that Hartlepool couldn’t counter, but they could when the time was right.

Early in the second half, Mateta hit the post from a few yards out, and then Mitchell wasn’t able to finish it on the rebound from a similar distance. Quite easily could have been three and game over.

Hartlepool’s keeper then kept them in the game by saving two shots one after another from the goalscorer Olise. Mateta also had a great effort on goal after some nice build-up play, but Killip again kept the League Two side in the match.

At 2-0 up, Vieira made three changes in the 71st minute with the following players coming on:

It’s not often that Mitchell comes off, but with a big match against Norwich midweek, it was a good idea to rest these players.

Hartlepool’s debutant Morris had a good effort on goal which forced Butland to make a sharp save. Benteke came on for Mateta in the 80th minute and then ​​in the 86th Adaramola for Joel Ward.

Hartlepool looked better in the second half, but it wasn’t enough to challenge the Eagles who controlled most of the game after being 2-0 up at halftime.