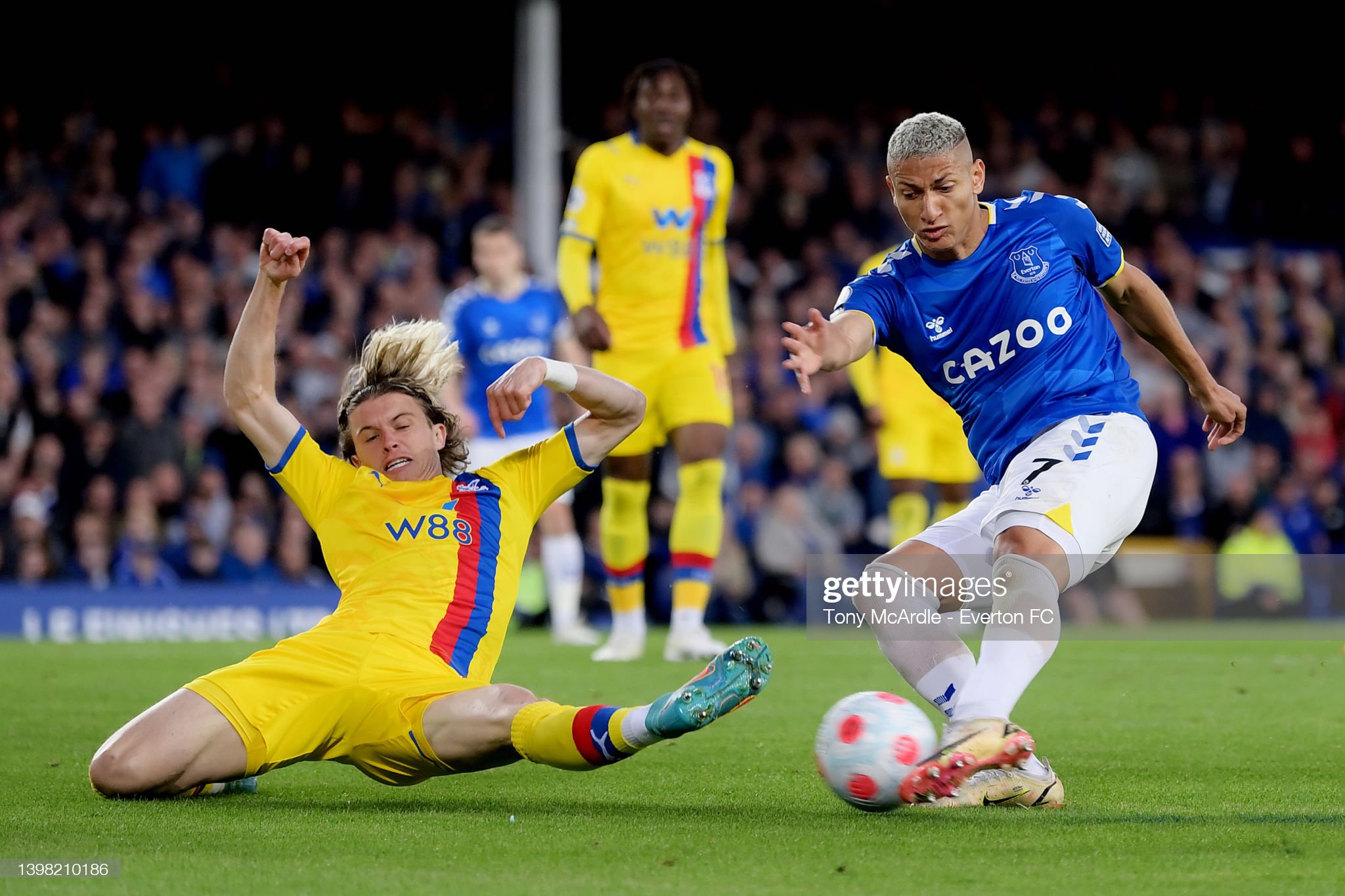 Everton went into the game needing three points to stay up, but Palace didn’t roll over and were 2-0 up in the first half. The home side managed to pull a goal back though in the first 10 minutes of the second half through Michael Keane.

This goal gave the Everton fans some hope and something to cheer about which pushed the players to get a second in the 75th minute. The third goal to keep Everton in the Premier League came in the 85th minute from Calvert-Lewin.

Fans stormed the pitch after that final goal which meant there were seven minutes added on at the end. But, Palace couldn’t find an equaliser and the match finished 3-2.

Amazing scenes for all Evertonians, but a disappointing result for Palace who were 2-0 to the good. After the second Everton goal, it didn’t look like the Eagles were going to be able to go for the win which is how Everton got a third.

Everton fans invaded the pitch again after the final whistle to celebrate. But one fan goaded Vieira as he waked to the away team changing rooms on the other side of the pitch from the dugout. There are videos online that show the fan swearing at Vieira in his face and then the Palace manager having enough, grabbing him and giving him a kick to the ground.

As has been reported by TalkSport, players and managers need more protection as it only takes one idiot to cause serious harm, like what happened with Billy Sharp in the Forest vs Sheffield United match.

The match highlights can be seen below.