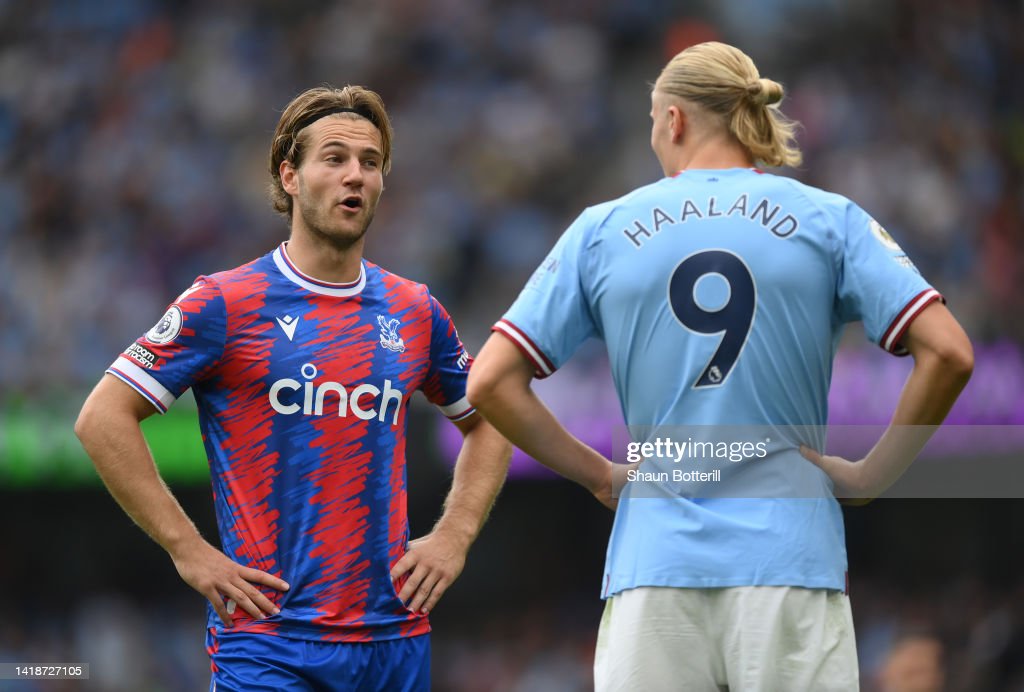 Crystal Palace went into the match with Manchester City as the only team to beat them at the Etihad at the 3:00 pm kickoff in the last 54. So, when Palace went 2-0 up in the first half, it felt like they may do it for the third time.

The Eagles were without top goalscorer for the season Wilfried Zaha as he was out with a knock to his knee. His absence was evident when City came out all guns blazing in the second half and Palace struggled to have any chances.

Disappointingly, City came back just as they did against Newcastle the week before, however, this time they scored making the final score line 4-2.

Keep reading our Manchester City vs Crystal Palace report for the key events in the match and the highlights at the end.

Crystal Palace can be proud of their first-half performance against City away from home, it was just a shame that they couldn’t hold onto their lead. Manchester City’s quality shone in the second half easily equalising and then getting the winners.

If you want to watch the highlights from the match, you can do so below.