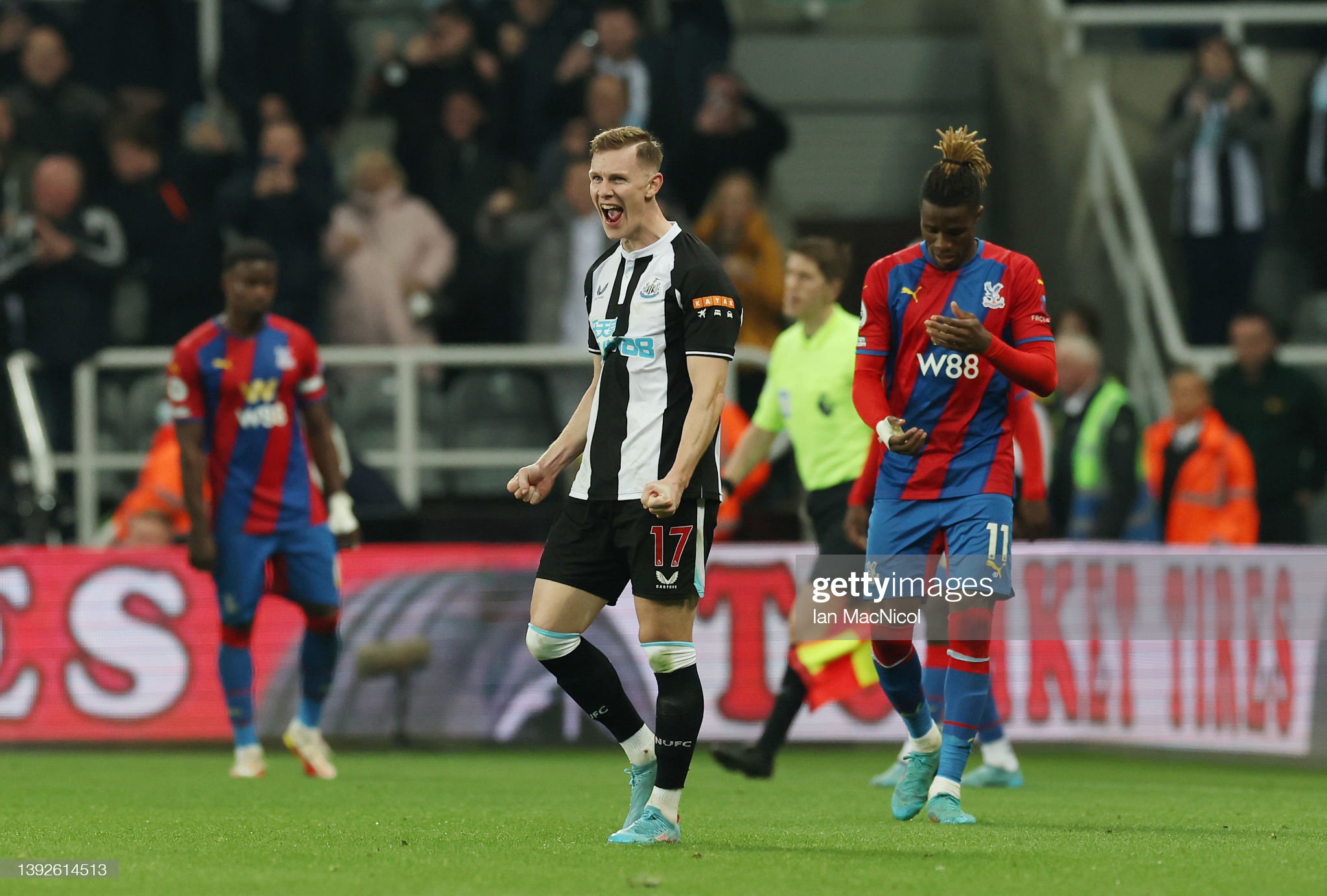 The Eagles travelled had a long trip up north on Wednesday night to face Eddie Howe’s in-form Newcastle. Gallagher and Olise came back into the starting lineup as well as Edouard starting instead of Mateta. However, even with these changes from the FA Cup semi-final with Chelsea, the team looked like they were still nursing that defeat.

This result drops Palace back to 14th with six games to go, but still 12 points off the bottom three.

We’re going to look at the key events from the match with the magpies.

Palace looked like the better team in the second half, but it wasn’t enough as they couldn’t score. Newcastle are full of confidence and St James’ Park hasn’t sounded so loud for years.

When questioned on the early Olise for Ayew substitution, Vieira said:

“We know Michael (Olise) had some issues with his foot in the last couple of weeks, erm, we started him today, but he wasn’t 100% so the best decision was to take him off.”