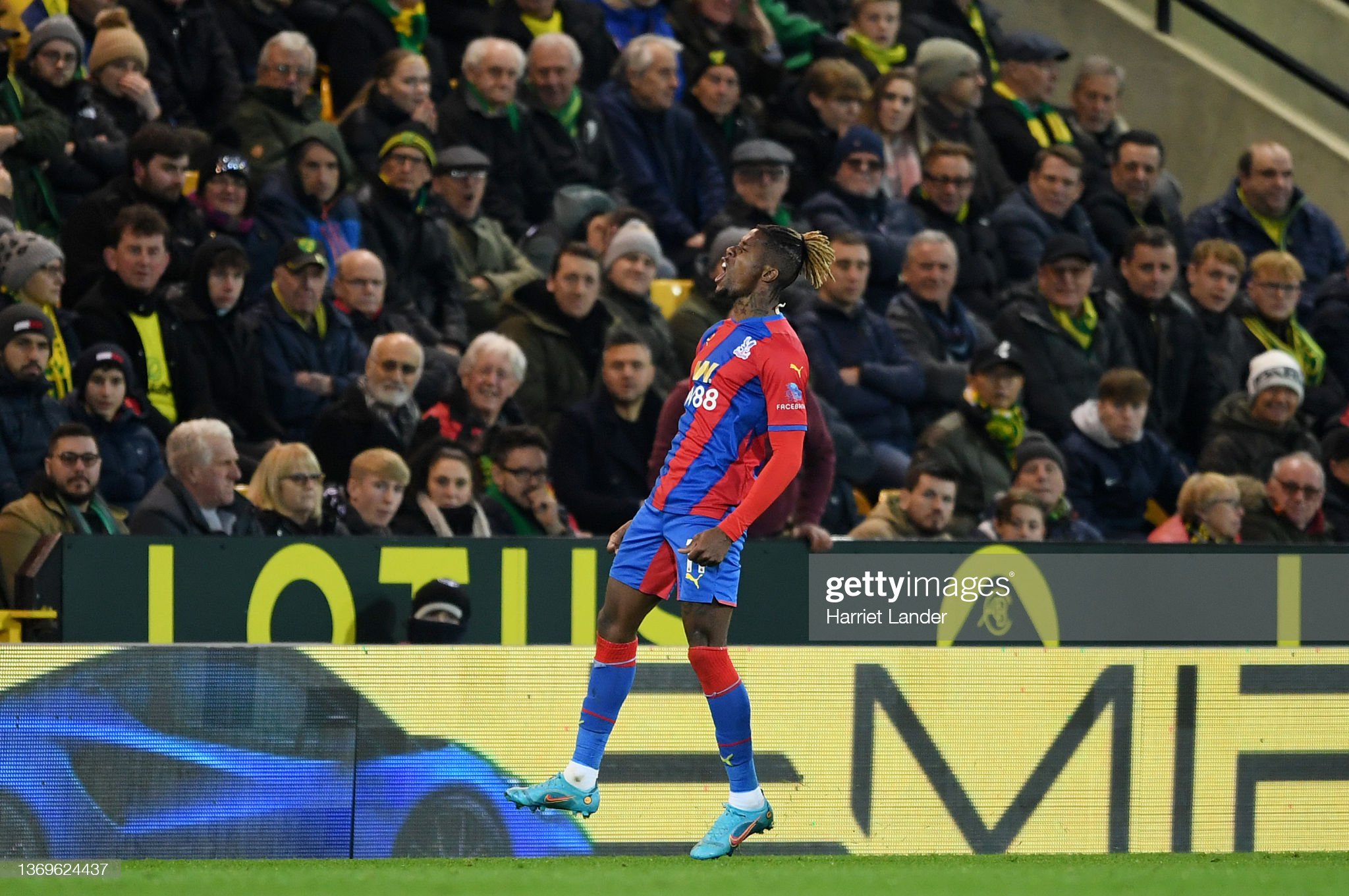 Crystal Palace faced Norwich away after only six weeks since the last encounter between these two sides. Both teams had larger squads this time around compared to then too so we were expecting to see a more competitive match compared to the 3-0 win for the Eagles at Selhurst Park. That’s what we saw as well with both teams coming out fighting and either team wasn’t able to come out on top with the score finishing 1-1.

Zaha made his first appearance since his return from the Africa Cup of Nations (AFCON) replacing Eze on the left side. Andersen returned at centre-back after Martin Kelly had stepped in for the FA Cup tie against Hartlepool. Hughes also replaced Milivojevic who had played in the central role in the cup match.

The match started with a goal for Norwich within 40 seconds. Rashica made a great run down the left flank and was too quick for Joel Ward, he delivered the ball into Idah who touched it down to Pukki who found the inside of the post and the back of the net. That was Pukki’s first goal this season in the Premier League.

Norwich are on fire at the moment! 🔥

Teemu Pukki strikes to give the hosts the lead inside 40 seconds against Crystal Palace!

Carrow Road erupts as the Canaries get off to a flyer! 🟡🟢 pic.twitter.com/PCvs5wTRAO

Palace didn’t let the early goal get them down as Zaha saw a lot of the ball on the left-hand side. Mitchell was a key player once again for the Eagles and in the 19th minute, he made a vital clearance that looked set for Pukki’s head. At half-time Norwich still lead by one goal.

Rashica was still a threat down the left-hand side and managed to cut in and get a shot away though it was deflected wide.

Schlupp then had a great volleyed effort from the edge of the box saved, could have been the equaliser if not for the keeper. A few minutes later he had another effort on goal but he didn’t get a clean hit on it and dragged it wide. Schlupp has been great this season both going forward and defensively for Palace.

Palace got the equaliser in the 60th minute after Olise on the right cut in and played a great ball to Zaha. Running at the defence he cut inside onto his right foot and let fly from the corner of the penalty box. It was a stunning goal that you can see below.

The Crystal Palace winger whips one into the far corner to give Angus Gunn no chance!

A couple of minutes later some good build-up play from Palace and strength from Mateta led to Mitchell getting brought down in the box by Aarons. Zaha stepped up to the spot and completely scuffed the penalty, dragging it way wide of the left post.

In the 70th minute Palace made their first change with Ayew coming on for Olise. Gallagher had a shot on target after Andersen’s pass broke the lines but it was an easy save for Gunn.

The 79th minute saw two more Palace changes with Edouard coming on for Mateta and Eze on for Schlupp. However, these substitutes couldn’t make the difference and the game ended all square at 1-1.