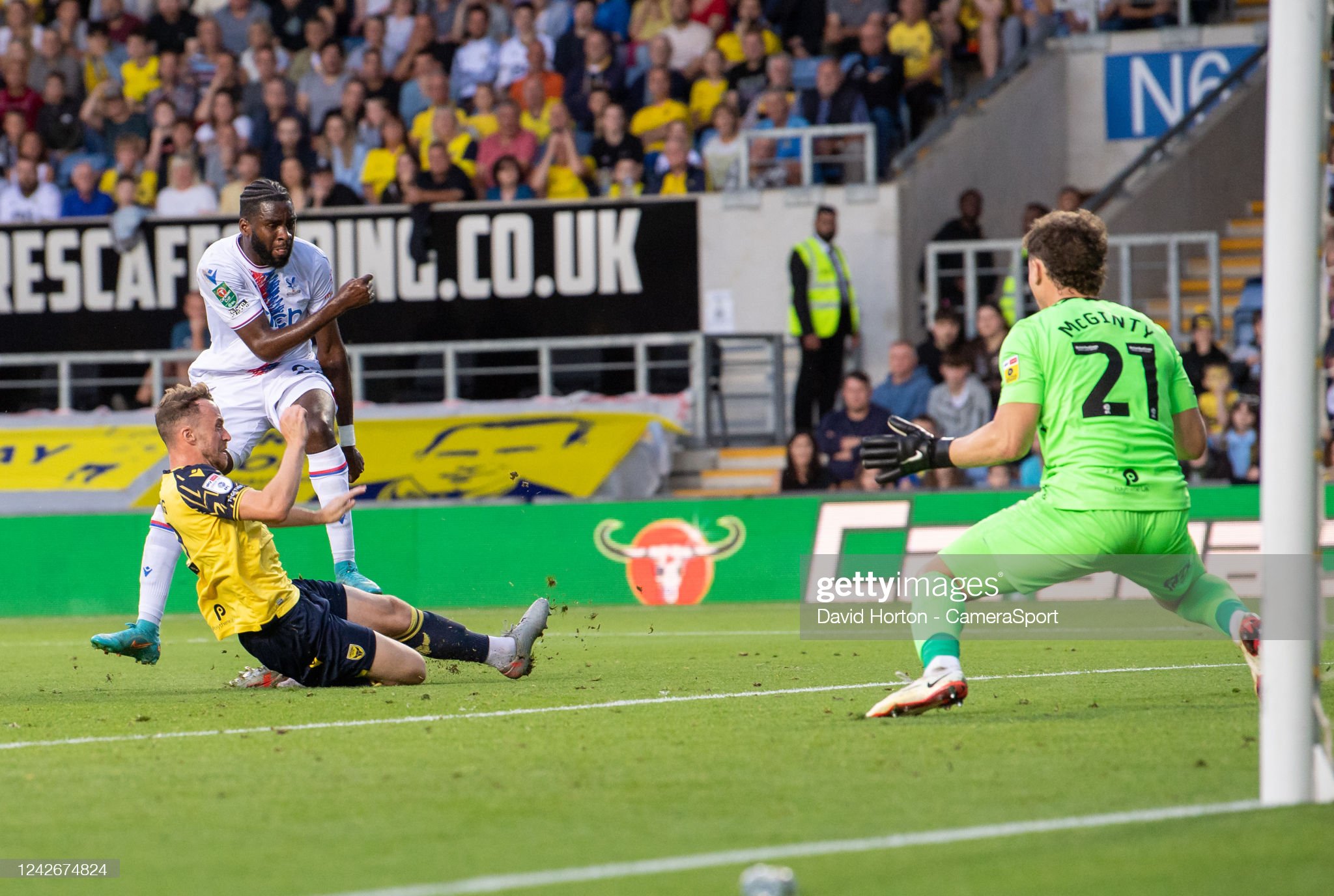 Crystal Palace faced Oxford United away in the first round of the EFL Cup (also known as the Carabao Cup). Premier League clubs that didn’t qualify for a place in one of the European competitions join at this earlier stage with those that did qualify joining in the third round.

Patrick Vieira left Zaha and Andersen out of the squad that travelled for the game and also had Mitchell and Schlupp on the bench in the first half. He also gave starts to academy players Killian Phillips who impressed on the pre-season tour and 17-year-old Kaden Rodney.

Summer signing Chris Richards also got his first start playing alongside Guehi as Andersen was rested. Mateta and Edouard both started to get some more playing time and Olise did as well down the right-hand side.

Although it wasn’t the easiest of matches, Palace will be happy to come away with a 2-0 win over a resilient Oxford side. It was important to rest key first-team players as the Eagles face Manchester City away on Saturday afternoon.