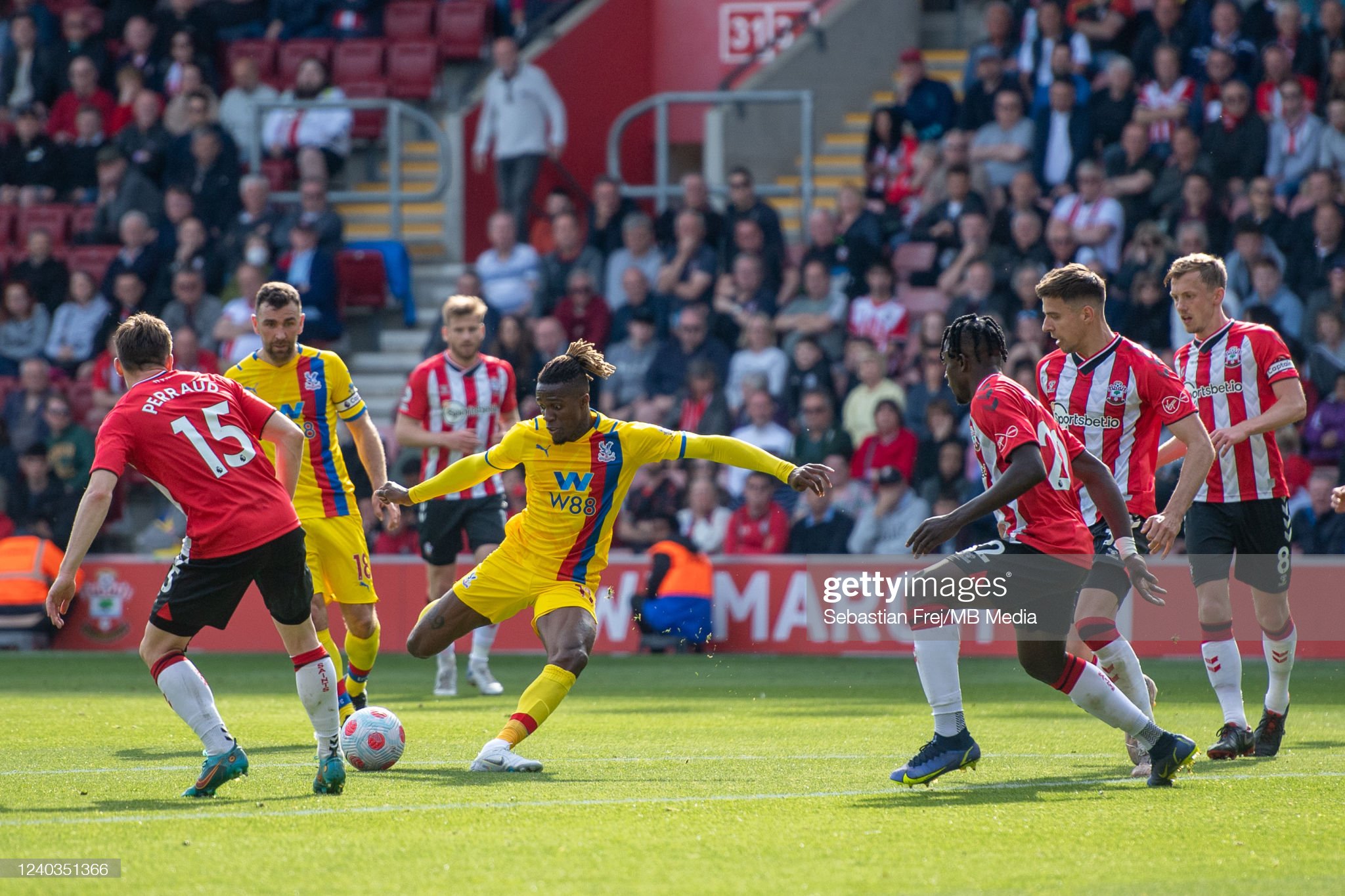 Southampton and Crystal Palace were two teams that had almost guaranteed another season in the Premier League, but a win for either side would likely secure their safety. The Saints went 1-0 up from a James Ward-Prowse corner finding Romeu in the middle. Which wasn’t surprising as Palace have one of the worst records in the league for conceding from set-pieces.

Southampton were the better side in the first half with Palace’s defence looking pressed at times. However, The Eagles were rampant after the break and Eze managed to get the equaliser in the 60th minute.

Wilfried Zaha didn’t start which was a surprise to see, but he came on shortly after the goal and managed to steal the game at the death with a great individual goal in injury time. The final score was 2-1 to Palace which takes them up to 41 points in 12th place.

Keep reading to see the key events in the game and our player ratings for the match here.

This was Crystal Palace’s first win from behind all season something that Patrick Vieira would’ve wanted to change and Zaha did exactly that. A great effort from The Eagles and it was great to see the amount of quality on the bench today.

You can see the short match highlights below: