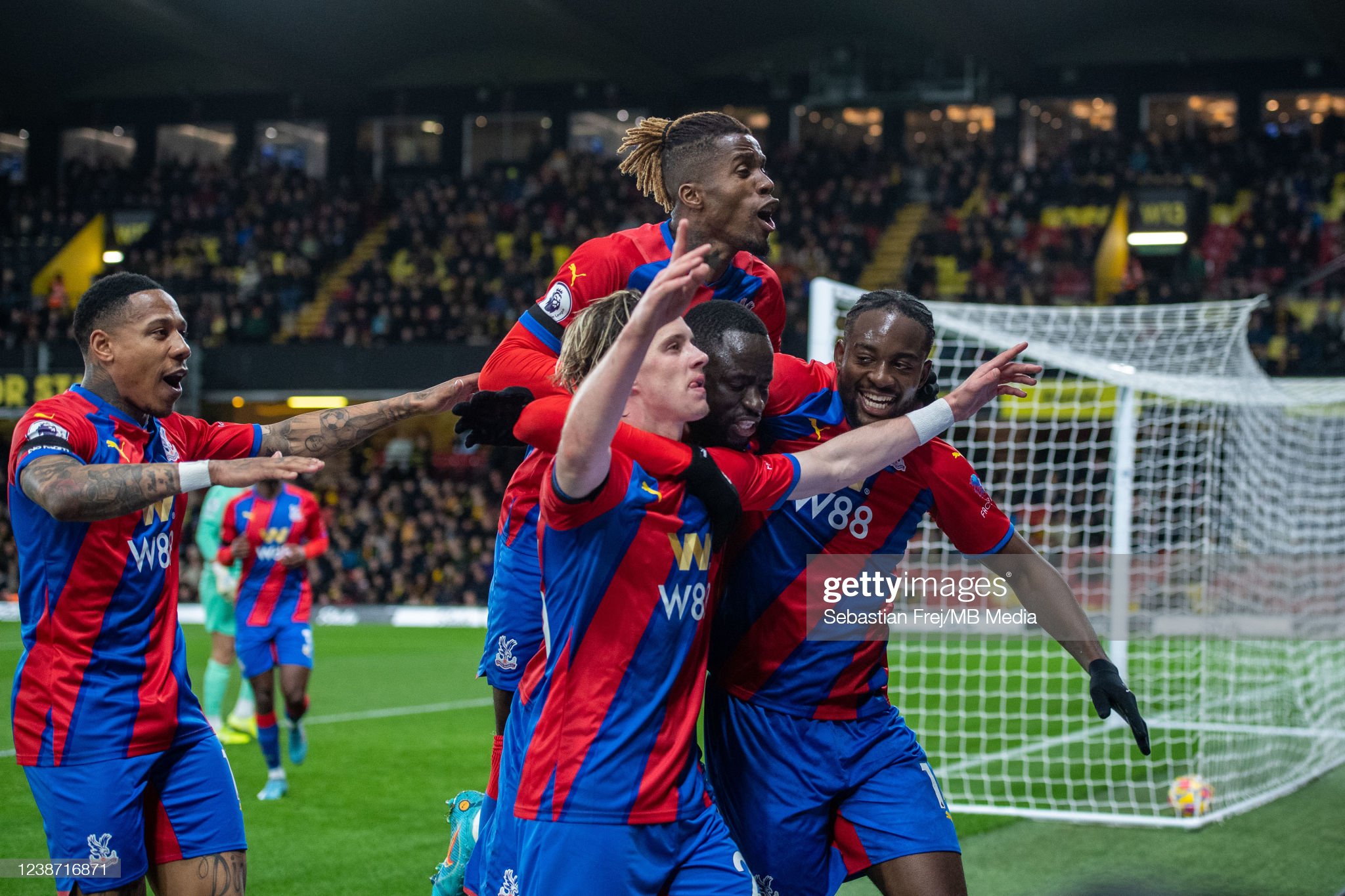 Crystal Palace got their first Premier League win of 2022 in a 4-1 away win to Roy Hodgson’s struggling Watford side. It was a mature performance from Palace who led at halftime and then managed to see the game out with two late goals from Zaha.

Marc Guehi led the Eagles out with the captain’s armband for the first time as McArthur and Milivojevic were both on the bench and Ward was still out. Vieira made four changes to the team that lost to Chelsea at the weekend, Gallagher was recalled after missing the match with his parent club Chelsea, Mateta started in the front three instead of Ayew too.

Will Hughes started against his former club and Butland was called up after playing the second half at the weekend due to Guaita’s injury.

Watching this on repeat 🤤#CPFC pic.twitter.com/BXZTo6Rpq4

After having chances against Chelsea but not being able to score, managing to get four against Watford made up for it. This away win will have given the players a confidence boost in front of goal, but they face another tough test against Burnley who beat Tottenham 1-0 yesterday.