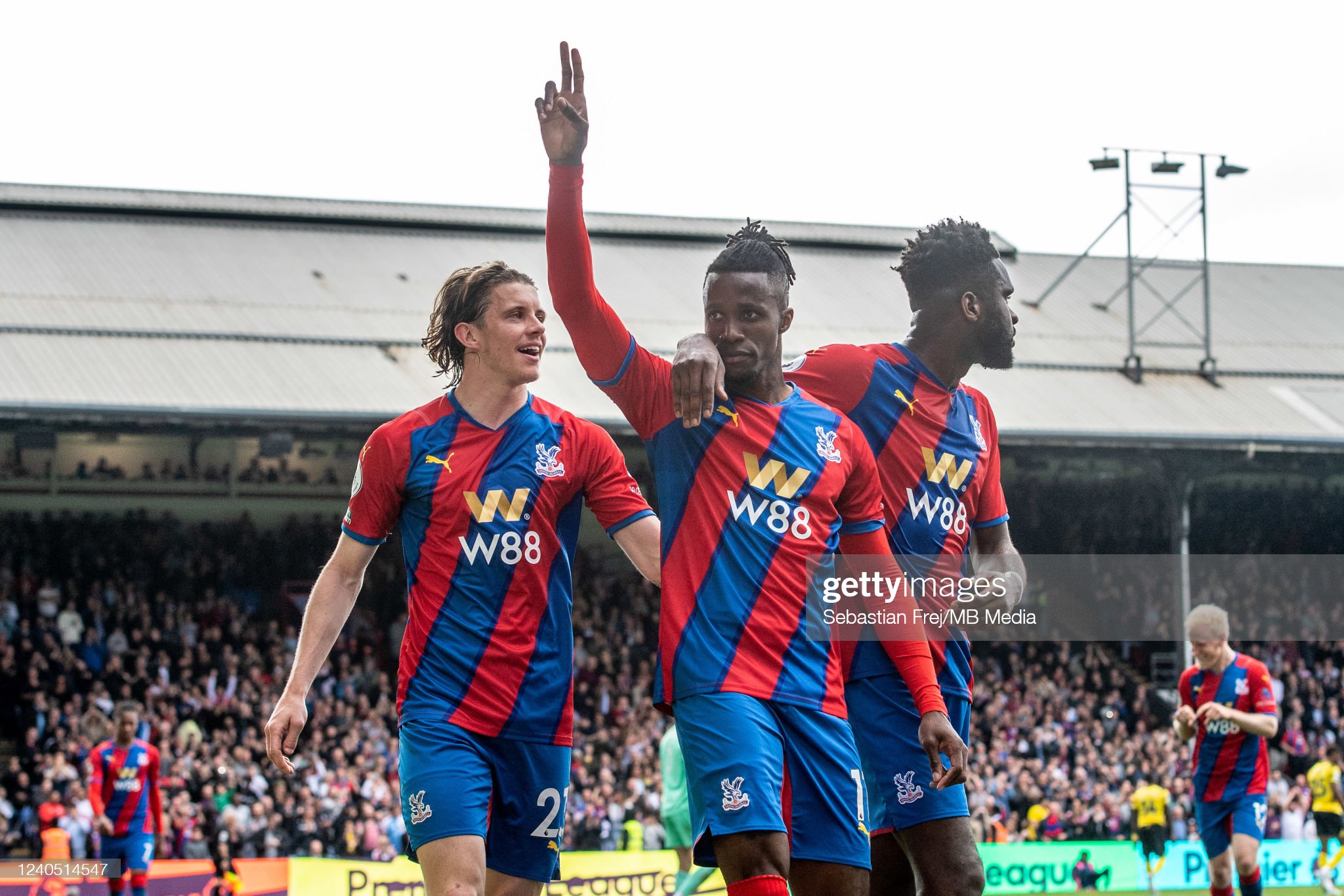 Roy Hodgson returned to Selhurst Park on Saturday afternoon with Watford to face The Eagles. Palace won 1-0 and probably would have scored a couple more if it wasn’t for some good saves from Ben Foster.

Watford’s place in the Premier League was pretty much already up before the match, but the loss here confirmed that. Watford looked poor with sloppy passes all over the pitch and not enough service to their attacking players.

They’ll now be on the hunt for a new manager for the 2022/23 Championship campaign as Hodgson already confirmed that he won’t be there next season. It was great to see that he got a warm welcome from the Palace fans, although the balloons did halt the start of the match.

Crystal Palace were dominant from the start and Watford never looked like a threat going forward. The 1-0 scoreline was favourable for The Hornets, but it did mean that they join Norwich in being relegated to the Championship.

Vieira’s men can be happy with the performance and the win, but they’ll be wanting to continue this winning run right up until the end of the season. We’ll have to wait and see the extent of Guehi’s injury too.

You can watch the highlights of the match below.